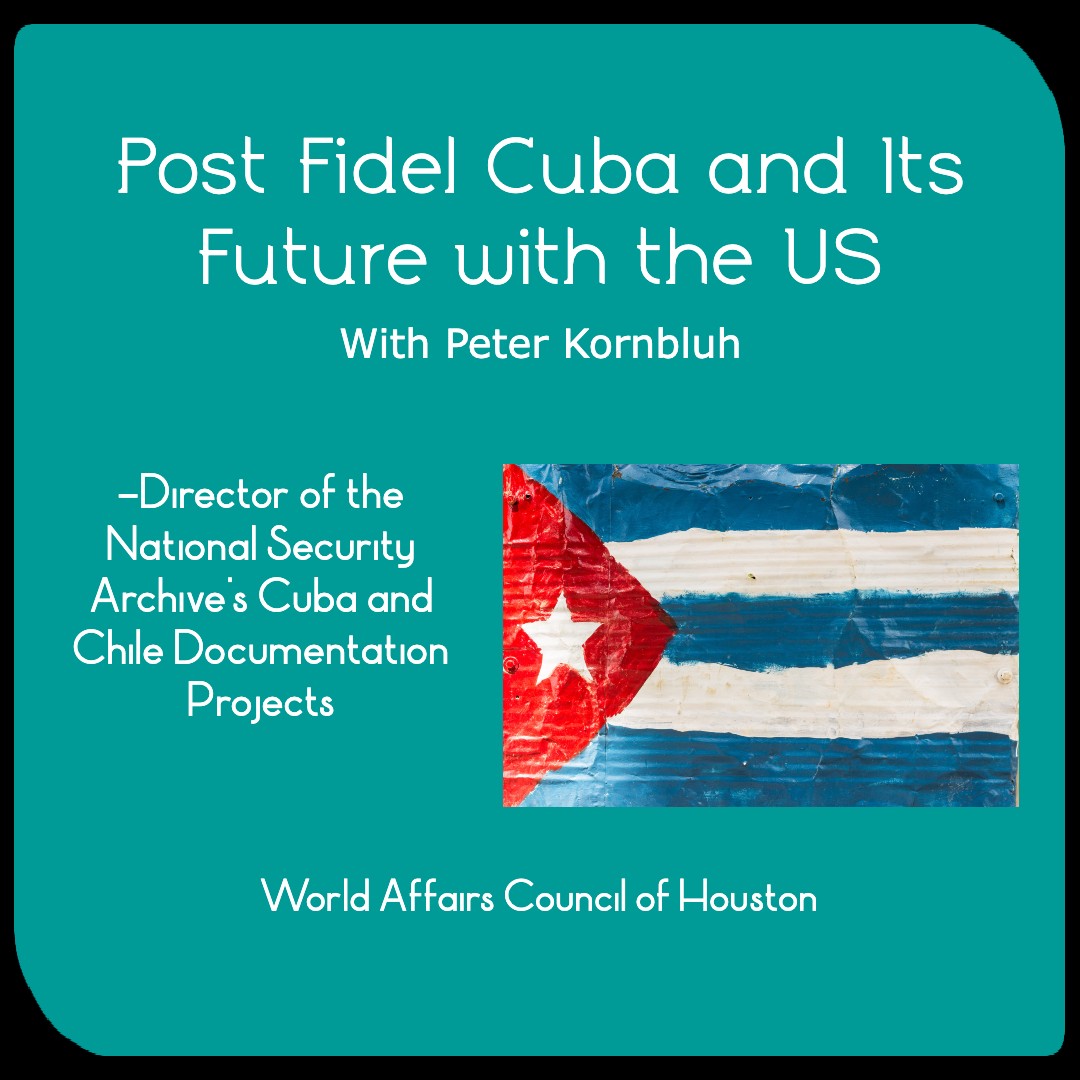 Post Fidel Cuba and its Future with the US – Peter Kornbluh

The World Affairs Council had the honor of having Peter Kornbluh speak about the relations between the U.S. and Cuba throughout recent history. Peter Kornbluh is the Senior Analyst for the National Security Archive. He has been with the archive for over 30 years and has also written many books about the U.S-Cuban relations. He has had articles published by newspapers and journals such as the New York Times, Washington Post, and the Los Angeles Times.

Mr. Kornbluh has been to Cuba many times throughout his lifetime and mentioned how the environment has changed throughout the years.. He spoke how there is more availability of Wi-Fi, more modern cars, and refurbished buildings as well as more construction. He spoke about the hardships that Cuba endured with the collapse of the Soviet Union. The collapse was very detrimental to the Cuban people. There was no gas or food since the main trading partner for Cuba was the Soviet Union.

Mr. Kornbluh also spoke about how the country began to change when Raul Castro, the brother of Fidel Castro, succeeded the position held by his brother for over thirty years. He mentioned how Raul Castro slowly started to privatize parts of the economy. He legalized small businesses such as hair salons and wedding planners. He spoke about the U.S. Obama administration, in how he enacted policies to become more open with the Cuban state. There were secret meetings involved which took place in Haiti and in Rome. Mr. Kornbluh spoke about the bilateral relations between the U.S and Cuba and how there were efforts to open trade and travel to the country. This resulted in twenty-two bilateral agreements between the two nations. It opened an embassy, implemented limited trade and even reinstituted mail services. There was even an authorization for Google to go and sign an accord with the Cuban government to modernize the infrastructure of the internet.

In the end, there were some very interesting questions that Mr. Kornbluh answered and he brought an interesting story where he interacted with Fidel. He attended four private luncheons and two state dinners. He spoke about the time when Castro gave him a 1998 document with President Clinton.

Thank you very much Mr. Peter Kornbluh for informing us about the U.S. and Cuba relationships in the past, currently and what is possible for the future of both countries. Thank you as well for telling us about your own personal experiences with Fidel Castro and Cuba as a whole. If you would like to watch this seminar, please click the link here: