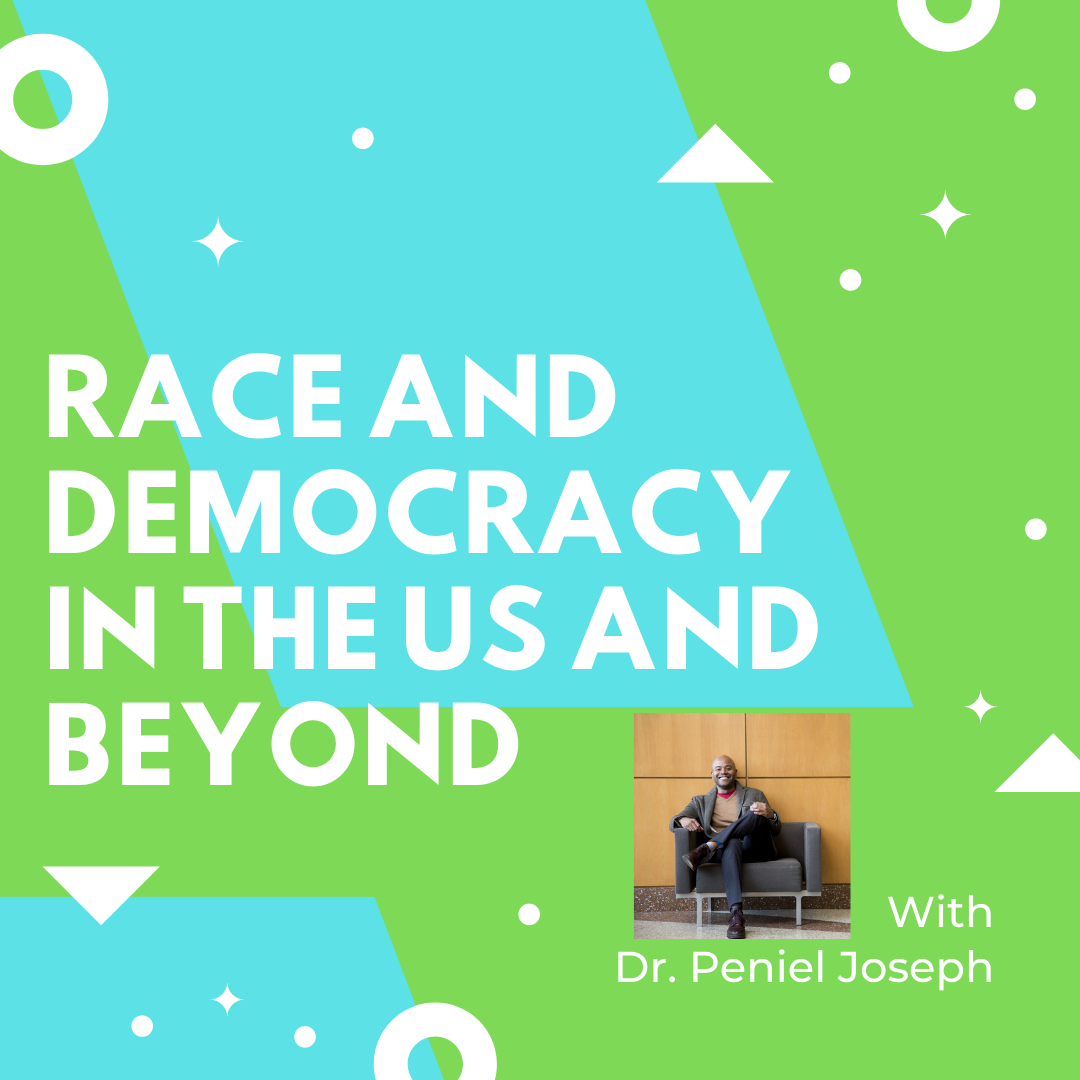 Race & Democracy in The US and Beyond with Dr. Peniel Joseph

Dr. Joseph Peniel addresses the long and often conflicting intersection of race and democracy throughout U.S. history – from the origins of slavery at the founding of England’s American colonies to the Civil War and Reconstruction to the Civil Rights era and the pressing issues of race, justice and inclusion today. He will also discuss the ongoing struggles for civil rights, and what actions and policies might be the most effective for the nation to address racial inequities.

Poetic summary for the webinar with Dr. Peniel Joseph:

When the English colonized Jamestown in 1610,

Something which is often forgotten,

That Dr. Joseph highlights when he presents.

In the Transatlantic Slave Trade of Africans,

Want to know what racial slavery does for a country?

They provide the labor to build it… for free.

These slaves opened the possibility of a supply chain,

A concept that has stuck and still remains,

The international finance capitalist system is its name,

And yet we question what contribution they made to America’s gain?

The Doctor says freedom and slavery go hand in hand,

The good and bad of the greatness of America’s land.

For the labor of these slaves is the engine you must understand,

That gave us the freedom and democracy we command.

Although the 13th amendment abolished slavery in 1865,

The disparity between white and black remained till 1965.

As Abraham Lincoln once said for us to comprehend,

“A house divided against itself cannot stand.”

Thus, the Civil War was a battle of freedom or slavery,

And the first step of freedom was taken thanks to the Union’s bravery.

This seminar with Dr. Joseph covers it all,

From the 1799 bill by Jefferson, you may recall

To George Floyd and other assaults, see video:

← Canada & the US: Essential Allies for Trade, Energy, and a Changing World Leading in Uncertain Times: An Empowering Conversation with General McChrystal & General Huggins →
Blog