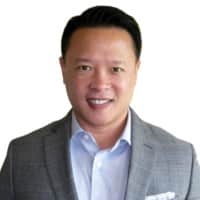 He is the Head of Global Veterans Affairs & Programs for Schlumberger Limited. In this role, Nick has helped Schlumberger win the coveted Military-Friendly Employer Award for the first time in 2018 and again in 2019 and 2020. Additionally, Nick established Schlumberger as the first Fortune 500 organization in the oil and gas industry to have a National Apprenticeship Program with the Department of Labor (DOL). Previously, Nick served as Manager of Veteran Programs, Human Resources for Cameron, a Schlumberger Company where he was responsible for providing strategic leadership for Cameron’s development and implementation of a veteran’s program with a focus on veteran community outreach, career development and veteran recruitment initiatives.

Prior to joining Cameron, Nick held several leadership positions in Human Resources to include, Talent Acquisition Manager for Express Energy, and Recruiting Manager for Igloo Products Corp. Nick was acknowledged as a contributing author for the Recruiting for Dummies book, published in 2001.

Nick is a graduate of Harvard Business School’s Program for Leadership Development (PLD); an executive MBA alternative focused on leadership, change, and innovation. Before that, Nick graduated from the Susanne M. Glasscock School of Continuing Studies Program for Professional Human Resource Development at Rice University and holds a Bachelor of Science in Leadership from Trident University in California.