Documentary – ‘Gorbachev. Heaven:’ Gorbachev’s Own Account of the Fall of the USSR & Today’s Russia Documentary – ‘Gorbachev. Heaven:’ Gorbachev’s Own Account of the Fall of the USSR & Today’s Russia

**Rice University REQUIRES MASKS to be worn by all who attend this event.**

‘Gorbachev. Heaven’ finds acclaimed Russian director Vitaly Mansky (‘Under the Sun’) at home with a man who helped to shape the 20th-century: Mikhail Gorbachev. The Soviet leader was acclaimed as the architect of Glasnost and Perestroika, policies that gave the citizens of the Soviet Union—what Ronald Reagan called “the Evil Empire”—a chance to be free. He even tore down the Berlin Wall.

But at the same time, under his rule, the Chernobyl nuclear facility exploded and its destruction was concealed. Citizens demanding independence in the Baltic states died. Soldiers wielding shovels brutally suppressed protesters in Tbilisi. Soviet tanks killed peaceful demonstrators in Baku. Under Gorbachev, the Soviet empire collapsed. He is now condemned by his own people. This intimate portrait finds Gorbachev living alone in an empty house outside Moscow, still carrying the burdens of his past & deep concerns about Russia today.

“Moving, insightful. [Along with] ‘Under the Sun’ and ‘Putin’s Witnesses,’ [this film seals Mansky’s] reputation as one of the most essential working documentarians — with gutsy bravado to match his delicate formal finesse.” —Variety

“Underpinned by good journalistic rigor. A valuable historical account of the former president of the Soviet Union’s latter-day perspectives on the great global transformations he took part in at the time of the country’s dissolution.” —Cineuropa

“A lyrical portrait of a former political giant in his twilight years, Vitaly Mansky’s ‘Gorbachev . Heaven’ is an unusually intimate docu-memoir that feels like an epitaph.” —Hollywood Reporter

After the film screening, director Vitaly Mansky will take part in a conversation about the film and answer audience questions. 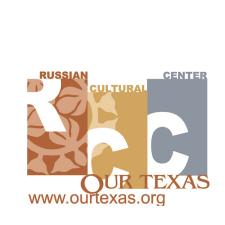 Vitaly Mansky was born in 1963 Ukraine, USSR. He graduated from VGIK — All-Russian State Institute of Cinematography and became one of the most prominent contemporary Russian documentary filmmakers and producers. Mansky has shot more than 30 films as a director which were screened at festivals worldwide and were awarded several times. As a producer, Mansky has produced films with directors like Renata Litvinova, Alexander Rastorguyev, Sergey Miroshnichenko, Dmitry Zhelkovsky, and Sergei Loznitsa.

In 1996, he launched a project that aims to archive amateur private video files that were shot in the times of the former USSR (from 30’s till 90’s). Mansky is the producer of the national Laurel Leaf award for the best Russian documentary films. He is the founder and President of Artdocfest – Russian Open Documentary Film Festival for Russian-language creative documentaries. Since 2014 Mansky lives in Latvia.

Please enter the campus using Entrance #1 at the corner of Main Street & Sunset Blvd. Drive to the end of the entrance and Turn Left and park in the Founders Court Visitor Parking Lot – which costs $5. Sewell Hall and the ‘Welcome Center’ is across the street from the parking lot.

Here is a link to the parking lot on Google Maps.