From Communism to Capitalism: Gabriela Gerhart From Communism to Capitalism: Gabriela Gerhart

When communism fell in Central Europe in 1989, Gabriela was devastated. Everything her entire life was built upon proved to be a lie. Who was she to trust? Where was she to go? She didn’t even know what was real anymore. The shock of her world turned upside down as a young, impressionable teenager catapulted her on a journey of exploration. On the outside, she lived a life of spontaneity and adventure, which led her to America, and a whirlwind storybook romance. On the inside, her true journey to freedom was only beginning! She will be joining as an author, and as an entrepreneur. She will be discussing her book, which includes her journey to becoming an entrepreneur. 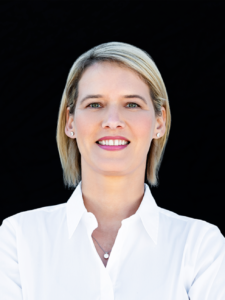 Gabriela Gerhart is the founder of the Motherhood Center. She established this haven for mothers in 2000, turning a lifelong dream into reality. Gabriela discovered her passion for babies and childcare at an early age while growing up in a small village in the Czech Republic. She received her degree in Pediatric Nursing and worked in the pediatric ER before accepting a position in the United States as an au pair. After arriving here, she quickly realized that women lacked the village and family aspects of pregnancy and motherhood support. Gabriela is recognized as an expert in the field of pregnancy and early-stage child development and has delivered keynote addresses for local and national conferences and women’s organizations. She holds committee and board positions on several non-profit organizations around the Houston area, focused on helping women and babies. In her free time, she enjoys golfing, reading, quality time spent with family and friends, and traveling with her husband.