In-Person Event: Israel, Palestine & the US’s Role in a Possible Plan for Peace In-Person Event: Israel, Palestine & the US’s Role in a Possible Plan for Peace

After 12 years in power and surviving 4 elections in 2 years, Benjamin Netanyahu is no longer prime minister. He was defeated by an unusual and perhaps fragile political coalition of 8 different parties, including the right-wing Yamina party led by the new Prime Minister Naftali Bennett; the centrist Yesh Atid party led by the new Foreign Minister Yair Lapid; and the United Arab List, the first Arab party to join an Israeli government.

While the political realities remain the same for Palestinians in the West Bank and Gaza, the past few months may have led more to believe that a Two-state may never occur, and perhaps a new vision is needed for how Palestinians can have a greater voice – if a One-state solution seems to be the only viable alternative.

Fatah controls the West Bank. But many view it as ineffective, corrupt, and lacking legitimacy – especially since no elections have been held in the West Bank for 15 years. Hamas with its rocket attacks and other terrorist actions may be viewed as a pariah by many outside of the region. But many desperate Palestinians support Hamas over Fatah, since they view Hamas as at least fighting for them, while Fatah achieves little.

What might the next few years hold for the Israelis and the Palestinians? Will the status quo remain, or with many seeing a Two-State solution as unrealistic, could a One-State solution someday be a viable possibility.

Having previously served as an adviser to the Palestinian leadership in Ramallah on permanent status negotiations with Israel, Khaled Elgindy has first-hand knowledge of the peace process, and what are the realities faced by both Israelis and Palestinians going forward. 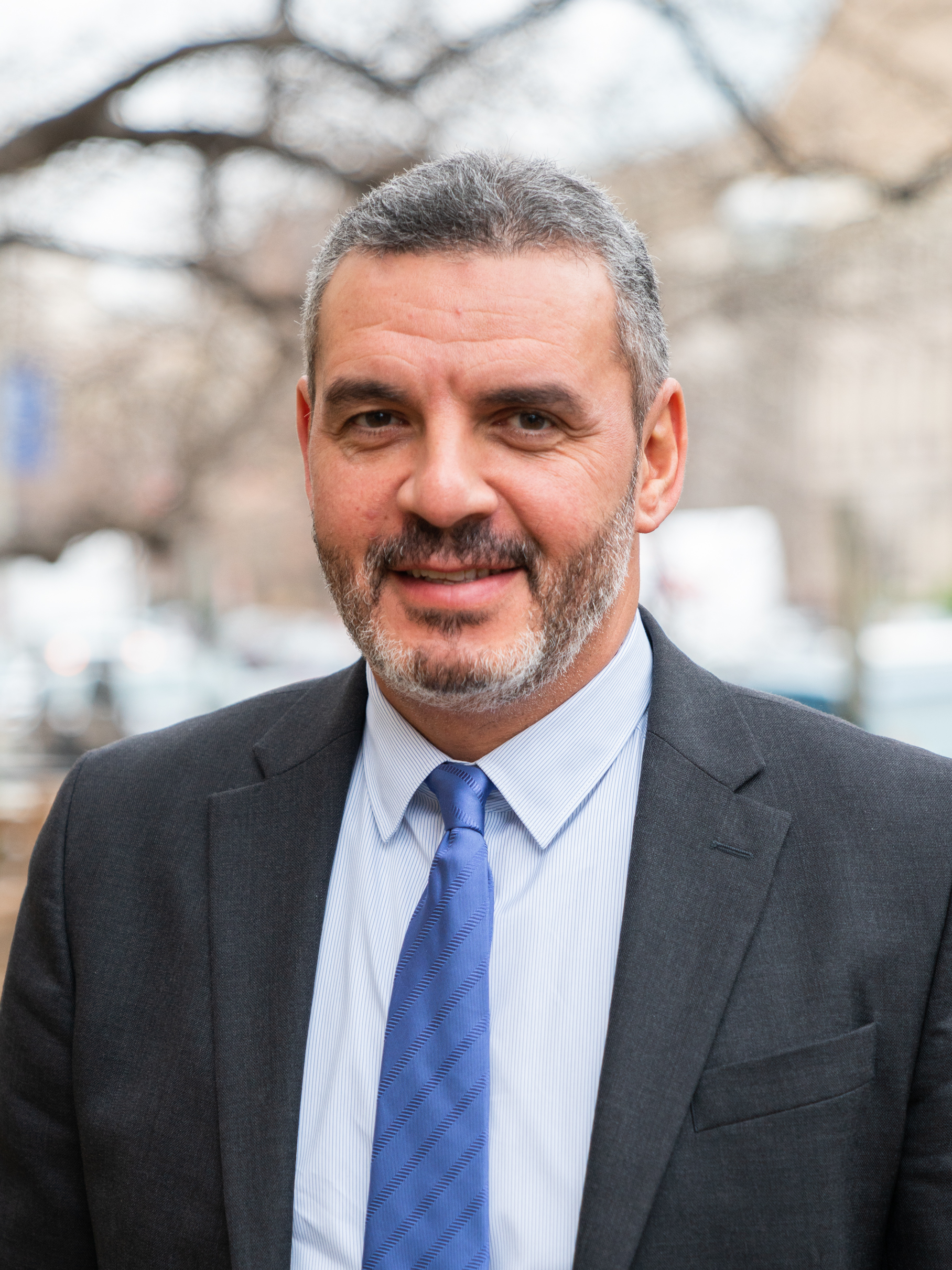 Khaled Elgindy is a senior fellow at the Middle East Institute where he also directs MEI’s Program on Palestine and Israeli-Palestinian Affairs. He is the author of the newly-released book, ‘Blind Spot: America and the Palestinians, from Balfour to Trump’, published by Brookings Institution Press in April 2019.

Elgindy previously served as a fellow in the Foreign Policy program at the Brookings Institution from 2010 through 2018. Prior to arriving at Brookings, he served as an adviser to the Palestinian leadership in Ramallah on permanent status negotiations with Israel from 2004 to 2009 and was a key participant in the Annapolis negotiations of 2007-08. Elgindy is also an adjunct instructor in Arab Studies at Georgetown University.

Khaled’s writings have appeared in a wide range of publications, including The Christian Science Monitor, CNN.com, Foreign Affairs, Foreign Policy, The Los Angeles Times, The National Interest, The Washington Quarterly, and others. He is frequently quoted in The New York Times, The Washington Post, The Los Angeles Times, The Hill, Politico, and other print media, and is a regular commentator on TV and radio, including Aljazeera, BBC, CNN, Fox News, MSNBC, NPR, PBS Newshour, and others.