**Please note this event starts at 10:00 am Central Time because of the time difference with our panelists in Yemen.**

Yemen is a nation on the brink of collapse; devastated by more than 5 years of civil war, the humanitarian situation in Yemen is dire. Economic volatility and conflict have stretched Yemenis’ ability to cope to the breaking point, leaving millions deeply vulnerable and famine a real threat. In the first half of 2021, about 16 million people face acute levels of food insecurity, with a return of famine-like conditions for the first time in two years. Over 24 million people rely on humanitarian assistance to get by. According to the 2021 Global Report on Food Crises—an analysis of global food insecurity by 16 partners, including the United Nations World Food Programme—conflict remains the leading driver of hunger globally, with about 99 million severely hungry people living across 23 conflict-affected countries.

With adequately funding this year, the United Nations World Food Programme aims to provide emergency food assistance to about 13 million people and malnutrition treatment and prevention to 3.3 million children and mothers.

Join our panelists Skye Fitzgerald, Jessamyn Sarmiento, and Annabel Symington for an inside view into Yemen’s hunger crisis and how the U.N. World Food Programme is feeding and assisting Yemenis and working to build resilience. 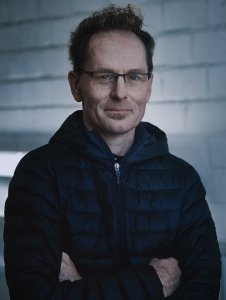 Skye Fitzgerald is an Oscar, Emmy & International Documentary Association nominated director. He recently completed a trilogy of films on the global refugee crisis. The first, 50 FEET FROM SYRIA focused on doctors working on the Syrian border and was voted onto the Oscar shortlist.  The second, LIFEBOAT documents the search and rescue operations off the coast of Libya and was nominated for an Academy Award and national Emmy award. The third and most recent film, HUNGER WARD, explores the impact of the war and famine in Yemen on children, families, and healthcare workers and was nominated for an Academy Award.

As a Fulbright Research Scholar, Fitzgerald directed the film BOMBHUNTERS and has worked with organizations as varied as the Sundance Institute, the U.S. Institute of Peace, and Mountainfilm. As a Director of Photography, his lenses work for clients such as Dateline, VICE, Mercy Corps, CNN, and Discovery Channel.

Fitzgerald is an honorary member of the Syrian American Medical Society for his work with Syrian refugees and a Distinguished Alumnus at his alma mater EOU for documentary work. He is also a member of the Documentary Branch of the Academy of Motion Picture Arts and Sciences. Before film-making, Fitzgerald cut firelines as a member of a HotShot wildland fire crew. 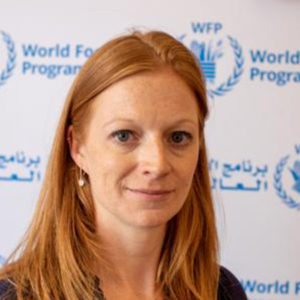 Annabel Symington is a Communications & Media Officer for the UN World Food Programme (WFP) in Yemen, where she acts as spokesperson for the operation, the agency’s largest in the world, and heads up the communications team. She joined WFP in January 2019, flying straight to Yemen to support the operation on site.

Previously, Annabel was a foreign correspondent working for leading media organizations including The Times (UK), The Wall Street Journal, BBC, and The Economist, reporting from Pakistan, India, China, Brazil, and across West Africa. She worked for Agence France-Presse for five years, first as a News Editor from Hong Kong and then moving to Kathmandu as Nepal Bureau Chief.

Annabel is a British citizen and her home is London, though she is usually on the road. Jessamyn Sarmiento is responsible for developing World Food Program USA’s high-impact, multi-channel marketing, and communications strategy and overseeing the design, integration, and implementation of a broad range of advertising, marketing, public relations, and communications activities. She and her team work to promote, enhance and protect WFP USA’s reputation and advance policy and fundraising goals that positively position WFP USA and WFP in the U.S. market.

Prior to joining World Food Program USA, she led communications for the U.S. government’s arts agency, National Endowment for the Arts, where she led a strategic brand refresh, helped the agency navigate reputational issues and produced the twice Emmy-nominated video series, the United States of Arts.  Before that, she served as senior vice president and partner at global communications firm Fleishman-Hillard, where she developed and managed a highly successful consumer marketing practice representing government, non-profit and international organizations. Her portfolio includes leadership positions at National Public Radio (NPR). Earlier in her career, Jessamyn was appointed by President Bill Clinton to serve in his administration, first at The White House and then the U.S. Agency for International Development (USAID).

Jessamyn’s work has been recognized with honors, including a Silver Anvil from the Public Relations Society of America and a Gold Quill from the International Association of Business Communicators, and others.