Nikki Haley – If You Want Something Done: Leadership Lessons from Bold Women 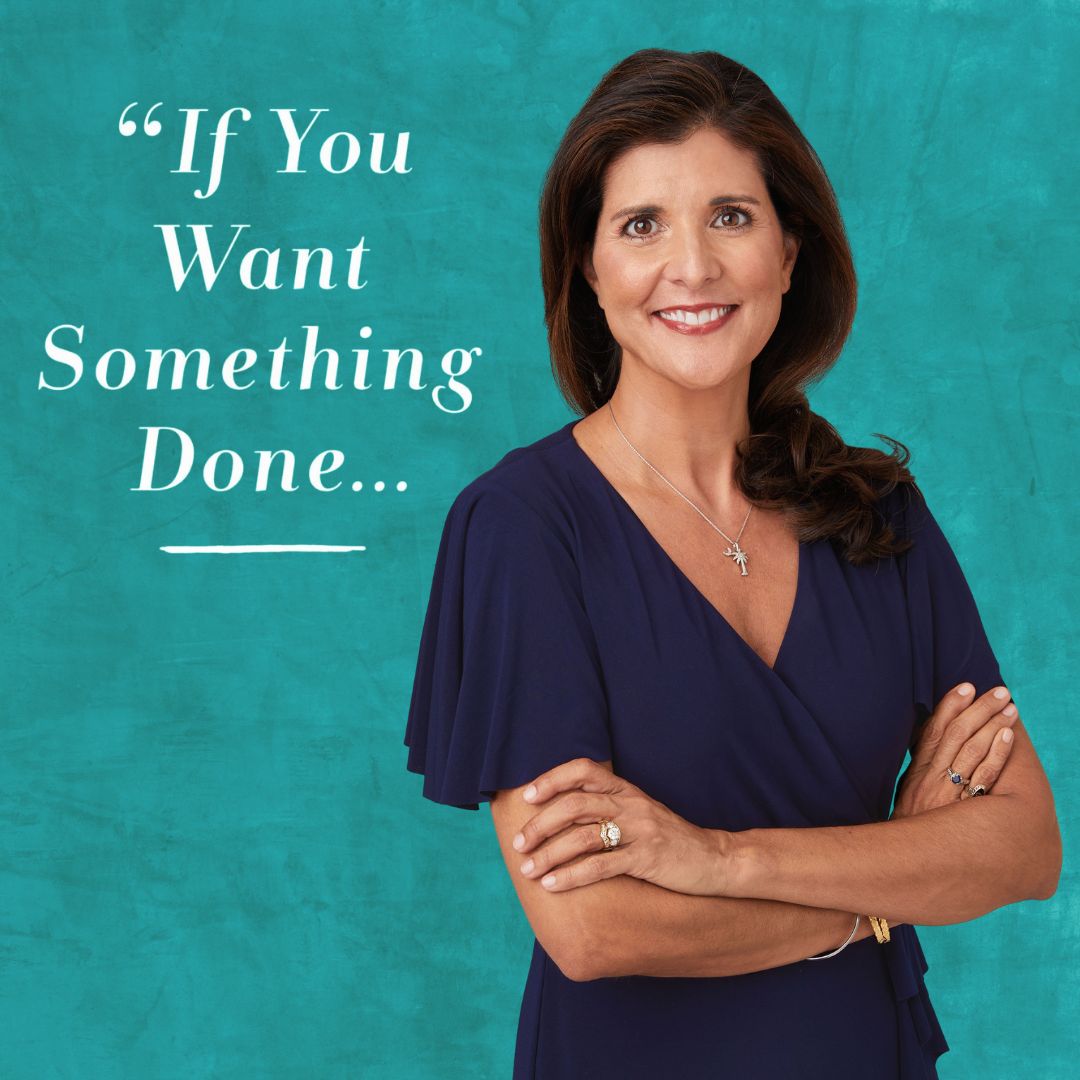 Nikki Haley – If You Want Something Done: Leadership Lessons from Bold Women

From the New York Times bestselling author of WITH ALL DUE RESPECT, Nikki Haley’s sharply intimate and inspirational book celebrates the world’s most iconic women leaders. “If you want something said, ask a man. If you want something done, ask a woman.” —Margaret Thatcher

In the spirit of Thatcher’s quote, Ambassador Nikki R. Haley offers inspiring examples of women who worked against obstacles and opposition to get things done—including Haley herself. As a brown girl growing up in Bamberg, South Carolina, no one would have predicted she would become the first minority female governor in America, the first female and the first minority governor in South Carolina, or the U.S. ambassador to the United Nations. Her journey wasn’t an easy one. She faced many people who thought she didn’t belong—and who told her so. She was too brown. Too female. Too young. Too conservative. Too principled. Too idealistic. As far as Nikki was concerned, those were not reasons to hold her back. Those were all reasons to forge ahead. She drew inspiration from other trailblazing women throughout history who summoned the courage to be different and lead.

This personal and compelling book celebrates ten remarkable women who dared to be bold, from household names like Margaret Thatcher and Israel’s former prime minister Golda Meir, to Jeane Kirkpatrick, the first female U.S. ambassador to the United Nations, to lesser-known leaders like human rights activist Cindy Warmbier, education advocate Virginia Walden Ford, civil rights pioneer Claudette Colvin, and more. Woven with stories from Haley’s own childhood and political career, If You Want Something Done will inspire the next generation of leaders. Nikki R. Haley served as United States Ambassador to the United Nations from 2017 through 2019. She previously served as Governor of South Carolina from 2011 to 2017. She and her husband, Michael, an entrepreneur and combat veteran in the South Carolina Army National Guard, have two children She directs financial controllership, strategy, investments and enterprise growth for WOM, a privately held, family-owned oil and gas equipment manufacturing firm with more than 3,000 employees operating in six locations around the world. The processes and procedures as well as frameworks for communication and management that she has implemented during the course of 15 years have led the global oil and gas corporation to grow to more than $350 million in annual revenues.

Puranik invests a significant amount of time in India as the Executive Director of the Puranik Foundation, a nonprofit organization that operates a private residential school called the Vision International Learning Center in Pune, India for under-resourced children. The Puranik Foundation, founded by Puranik’s mother, serves as the corporate social responsibility arm of WOM and her daughter Bhakti serves as the Managing Director.

At no cost to the families it serves, K-12 students receive academic instruction, living quarters, meals, uniforms and enrichment training in mindfulness, critical thinking, and leadership. Encompassing 27-acres, the school is fully sustained by using solar, bio gas and water recycling systems to protect and preserve nature. Twice a year, high school and college students as well as teachers, professors and mindfulness practitioners from across the globe are invited to visit the campus to participate in week-long Global Service Leadership Programs. The Puranik Foundation recently collaborated with HISD and is a founding member of HISD Abroad, an initiative that will enable 10 Houston students to participate in the Global Service Leadership program in 2021.

Puranik is an experienced leader driven by her unique and creative spirit she takes pride in providing inspiration in others in all she does.