The Battle for Pakistan: The Bitter US Friendship & a Tough Neighborhood 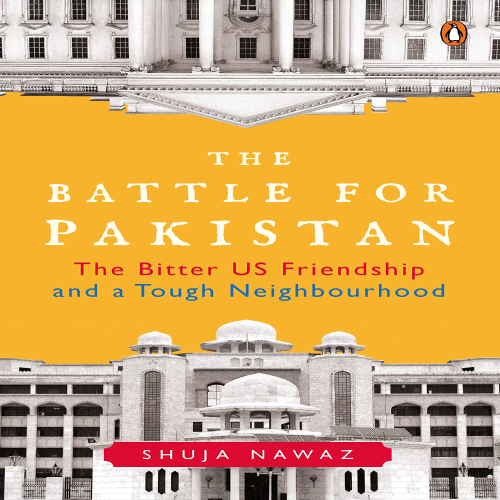 The Battle for Pakistan: The Bitter US Friendship & a Tough Neighborhood

The Battle for Pakistan showcases a marriage of convenience between unequal partners. The relationship between Pakistan and the United States since the early 1950s has been nothing less than a whiplash-inducing rollercoaster ride. Today, surrounded by hostile neighbors, with Afghanistan increasingly under Indian influence, Pakistan does not wish to break ties with the United States. Nor does it want to become a vassal of China and get caught in the vice of a US-China rivalry, or in the Arab-Iran conflict.

Internally, massive economic and demographic challenges as well as the existential threat of armed militancy pose huge obstacles to Pakistan’s development and growth. Could its short-run political miscalculations in the Obama years prove too costly? Can the erratic Trump administration help salvage this relationship?

Based on detailed interviews with key US and South Asian leaders, access to secret documents and operations, and the author’s personal relationships and deep knowledge of the region, this book untangles the complex web of the US-Pakistani relationship and identifies a clear path forward, showing how the United States can build better partnerships in troubled corners of the world.

Shuja Nawaz, a native of Pakistan, is a political and strategic analyst and writes for leading newspapers and The Huffington Post, and speaks on current topics before civic groups, at think tanks, and on radio and television. He has worked on projects with RAND, the United States Institute of Peace, The Center for Strategic and International Studies, The Atlantic Council, and other leading think tanks on projects dealing with Pakistan and the Middle East.

Educated at Gordon College, Rawalpindi, where he obtained a BA in Economics and English Literature and the Graduate School of Journalism of Columbia University in New York, where he was a Cabot Fellow and won the Henry Taylor International Correspondent Award, he was also a member of the prize-winning team at Stanford University’s Publishing Program. He was a newscaster and producer for Pakistan Television and covered the 1971 war with India on the Western Front. He has worked for the World Health Organization and the New York Times and has headed three separate divisions at the International Monetary Fund. He was also a Director at the International Atomic Energy Agency in Vienna. Mr. Nawaz was the Managing Editor and then Editor of Finance & Development, the multilingual quarterly of the IMF and the World Bank and on the Editorial Advisory Board of the World Bank Research Observer.