The Importance of NATO for Energy Security, Resilient Trade & the Defense of Democracy The Importance of NATO for Energy Security, Resilient Trade & the Defense of Democracy

For over 70 years, the North Atlantic Treaty Organization has been the most vital military and strategic alliance of the United States. Over the decades, NATO member states have united: to rebuild and stabilize Europe after WW II; to maintain a unified front during the Cold War; and to fight together for peace in the Balkans and Afghanistan. NATO is a crucial defense pact, but also a driving force to preserve and promote democracy and open societies.

The hazards facing NATO members now maybe the most complicated and varied in its history. The forward-looking ‘NATO 2030 Agenda’ reflects the need and the flexibility to adapt and prepare for evolving threats. NATO’s agenda addresses the many risks of today and the challenges of tomorrow, including: Russia’s aggressive actions; the need for energy security and the impacts of climate change; the threat of terrorism and cyber attacks; emerging and disruptive technologies; and the rise of China.

In June, President Biden will join NATO’s Summit of Allied Leaders in Brussels. It will be Biden’s first encounter with the combined Allied leadership since taking office, and an important opportunity for Europeans and North Americans to join together once again to confront the many pressing matters of today.

In advance of the summit, the Council is honored to host two key members of NATO’s leadership: Assistant Secretary General for Intelligence & Security David Cattler, and Ambassador Spyros Lambridis, Permanent Representative of Greece on the North Atlantic Council. They will address the evolution and importance of the alliance and, in particular, the need for NATO members to work together to maintain energy security, strong supply chains and resilient trade practices in the years to come.

This event is presented in collaboration with the North Atlantic Treaty Organization (NATO) and the World Affairs Councils of America (WACA). He began his career as a naval surface warfare officer, and ashore as a military and civilian officer with the Office of Naval Intelligence. Cattler joined the Navy staff at the Pentagon in 2003, and served as the Deputy Assistant Director of Naval Intelligence for Intelligence Support and Director of Deep Red. He earned his Bachelor’s from the United States Naval Academy and his Master’s from Georgetown University. Cattler is also a graduate of the National Intelligence University, the US Naval War College, and former Senior Fellow at the Massachusetts Institute of Technology. 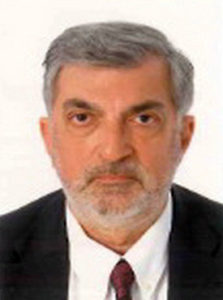 Ambassador Spyros Lambridis is the Permanent Representative of Greece on the North Atlantic Council. Ambassador Lambridis has served in the Ministry of Foreign Affairs of Greece since 1983; and he was an officer in the Greek Army before becoming a diplomat.

Prior to his present role within NATO, Ambassador Lambridis served as the Ambassador of Greece to Israel. He also held many prominent roles in Greece’s bidding for and the hosting of the 2004 Athens Olympic Games, including: Diplomatic Liaison of the Ministry of Foreign Affairs to the Bidding Committee; Diplomatic Advisor of the President of the Organizing Committee; and Head of the Global Olympic Torch Relay ‘’ATHENS 2004”.

He has held a variety of other positions within the Ministry, including: Director of the Diplomatic Cabinet of the Minister for Foreign Affairs; Greece’s Consul General to Geneva; and the Greek Embassy’s Minister Counselor for the former Yugoslav Republic of Macedonia. Ambassador Lambridis earned his Bachelor’s from the University of Athens and a Master’s from Boston University. He is also the author of historical novels; and he is fluent in English, French and Italian with a knowledge of Spanish and some Hebrew.