The importance and relevance of our mission is apparent on a daily basis, as we witness how the actions of a few can have reverberating consequences for the world at large, with decisions made by politicians, business leaders or the general electorate, potentially affecting many generations to come.

The World Affairs Council of Greater Houston is a member of the World Affairs Councils of America, a national organization with chapters in more than 95 U.S. cities. Councils were first established in the U.S. at the end of World War I as a result of America’s increased role on the international stage. The need for U.S. citizens to be informed about international affairs became more apparent after World War II, and yet again after the Cold War.

The Council in Houston has provided programs since 1969 and is currently one of the largest public forums in the region. Now, more than ever, it is important that we equip residents of our Global City with the tools to succeed in an interconnected global world, where the actions of one citizen, one community, one nation, can impact us all. 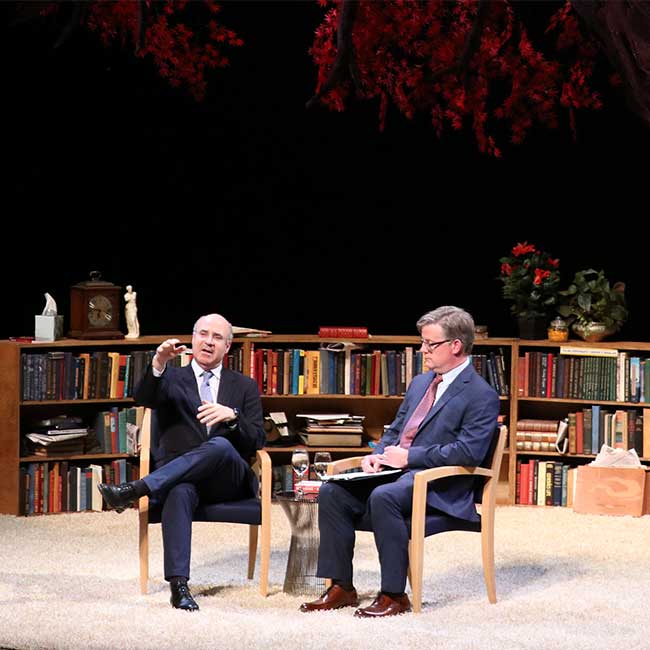 I believe that solutions to the world’s most challenging problems are found when we come together to understand each other and work toward the best solutions.

Every day, the World Affairs Council of Greater Houston convenes thought leaders, change-makers and engaged citizens to share ideas, learn from each other and affect change.

I welcome you to join in our conversations and join the World Affairs Council of Greater Houston in being the solution.

In service to Greater Houston as a Global City, the mission of our Council is to promote understanding of the world – its people, politics, economies and cultures – to enable the Houston community to participate more effectively in the global world.

High school students from across the Greater Houston region compete in 2019’s Academic WorldQuest, an International Trivia Night hosted by the World Affairs Council. The winning team gets to represent the Council and the City of Houston at National Competition in Washington, D.C.

Our staff members have a personal and professional interest in global issues and are actively involved in the research and development required to bring the most timely and insightful programs to the Greater Houston area.
R

The Council promotes dialogue and understanding through the exchange of ideas and perspectives in an open and respectful environment.
R

As an organization, the Council serves as a platform that bridges the gap between our local and global neighbors in an increasingly interconnected world.