The Struggle of Women in India 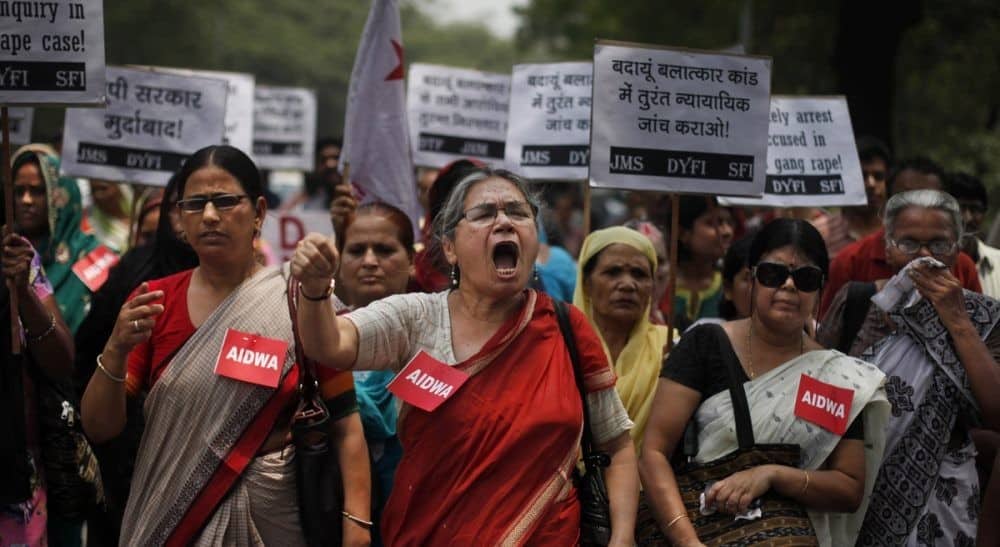 In February 2018 WAC focused on the study of Women In India and learned about historical social issues such as that in 2012, the rape and subsequent death of a young university student on a Delhi public bus made headlines across the world. Protests and public outrage would push for the perpetrators to be punished to the fullest extent of the law: death by hanging. But despite the public outcry and swift justice of this incident, the case served to highlight the very real struggle of women in India. “Where woman are revered, there the gods rejoice,” says the Manusmriti1, an ancient Hindu text. So how did we get to where we are now? While the Manusmriti was legal Hindu text, it was the conquest2 of the Indian subcontinent by the Mughals and other Muslim princes that lowered Indian women to a position of subservience in the home and other social matters. It was not until the Enlightenment that we see a major change in the social atmosphere. Pushed for by both European colonizers3 like the British and by indigenous reformers like Ram Mohan Roy4, we see policies put in place that restrict child marriage, outlaw polygamy and forbid the sati5. But as the saying goes, “old habits die hard”; while independent India has maintained many of the protections enacted during British rule and went far beyond to enact many more rights and freedoms for women, the social climate of the country remains very patriarchal6.

In today’s India, it is the acclimation to the status quo of a male-dominated society and the history of poor enforcement of the law across a population7 of over one billion people that has resulted in slow progress to end the systemic sexism problem in India. They also learned about Indian women’s status in the modern day from when in 1966, Indira Ghandi8 became Prime Minister of India, the first and—to date—only woman to hold the office. Today, the Parliament’s female composition is rising and Indian law keeps very harsh punishments9 on people who commit crimes against women; why then does the plight of women stay so hard in India? Well, as we’ve said, social conditions take much longer to change than legislation—while laws can be changed from one year to the next, altering societal frameworks can take generations. Female illiteracy has dropped by almost 20% since 2000, and the Hindu code bills gave both daughter and son equal inheritance rights, yet women are still seen as inferior. Today in India, despite its illegality, we still see evidence of selective abortion10, where there is a preference for male children over girls. Despite legislation dis-incentivizing the practice, about half of girls are married before the age of majority. Also, while official statistics11 on rape remain low, it is thought that many more go unreported due to the nature of rape laws in India and the fact that 98% of these cases are a woman assaulted by a man she already knows—bringing herself and her family name to shame is too high a price for most women to pay for justice.

1 The Manusmiriti is an ancient Hindu legal text that discusses many issues, among them the duties and rights of women.

2 From the 12th to 18th centuries, a number of Muslim sultanates subdued the Indian subcontinent. Today, about 15% of Indians follow the Muslim faith.

3 To better their own positions in the spice trade, French, Dutch, Portuguese, British and even Danish East India companies fought for control of India. The subcontinent would come to be entirely dominated by Britain by the mid-19th century.

4 Ram Mohan Roy (1722 –1833) was an Indian political figure and Hindu reformer. He founded the Brahmo Samaj movement that, among other things, pioneered social reforms like ending polygamy and child marriage and pushed for women’s inheritance rights.

5 The sati is a ritual formerly common in Bengal, in which a widowed woman would be burned with her husband by throwing herself onto his funeral pyre.
6 A patriarchy, stemming from the Latin word for “father” (pater), is a system in which the primary holders of moral, social and political power are males, while women are largely excluded.
7 India’s population is the second-largest in the world after China, at 1.324 billion people.
8 Indira Ghandi (1917 –1984) was the third Prime Minister of India. She was an extremely effective political leader and was named BBC’s “Woman of the Millenium” in a public poll in 1999.
9 According to federal law, people found guilty of rape can be sentenced to death, as was the case for the perpetrators of the 2012 gang rape incident.
10 Selective abortion is the practice of terminating pregnancy on the basis of the child’s sex. In India, it is also common to kill newborn girls within the first few days if she is an unwanted child.
11 Official statistics state there are about 6 cases of rape and sexual assault cases per 100,000 people each year, but take into account that only around 6% of cases of rape go reported each year in India. The fact that marital rape is still not acknowledged after the 2013 reforms is a major issue that could be obscuring the true numbers.

LET’S THINK ABOUT IT
Your SWAC leader will prompt you with questions revolving around the same idea: do you think the treatment of women in India will be ameliorated any time soon? Express your thoughts and contribute to discussion with your fellow peers!

MY THOUGHTS ON WOMEN’S STATUS IN INDIA

(room to write underneath)

This lesson plan is meant as an aid for the Faculty Sponsor, President or Vice-President to lead their respective SWAC chapter in the discussion of this two weeks’ focus: Women in India.

The activities/meeting consisted of a Kahoot! Introductory Quiz. Kahoot! is an online Quiz platform. This small ten-question quiz is to test the student’s prior knowledge of India and introduce them to the discussion to come. The quiz does not require the proctor to have a Kahoot account in order to start. Students will use an electronic device in order to answer. The link is below; click START NOW and select Classic mode. After the Game PIN is generated, students will be able to join the session by accessing kahoot.it on their computer or mobile device. Begin the quiz once all students have joined! This activity shouldn’t take more than 15 minutes.
LINK: https://goo.gl/ycvnJm.

Now is when the handouts should be passed out to students. It is split into two sections, one which covers the historical Indian social dynamic and a second which goes over the evolution of women’s status in modern India and challenges. It is recommended that the handout be read aloud as a group instead of individually. Take some time after the document has been read to cover the material with the students and make sure that its been generally understood. Ask questions to students; get them to summarize what they’ve read and make sure that the students are engaged and understanding. The reading shouldn’t take more than 15 minutes.

We have two video resources below that will go over in more detail the current event portion of the handout and expand upon it. Following each link we’ve included a description of the video and possible questions that you can ask students to see what they’ve taken away from watching the clips. Each video clip is between 1 and 3 minutes; coupled with questions, this segment shouldn’t take more than 15 minutes. INDIA’S RAPE CULTURE: THE SURVIVORS’ STORIES

The British Channel 4 News talks about the systemic issue facing India around rape; it touches on a case in rural India, as well as the 2012 gang rape, then discusses how different players are trying to combat the issue.
›Did think the outrage exhibited in India at the cases shows changing attitudes in the younger generations?

THE PLIGHT OF WOMEN IN INDIA

This short 4-minute CNN video touches on the different manners and different stages of life at which Indian women face discrimination and violence. They discuss selective abortion, child marriage, and rape culture.

›Did you learn anything new on the plight of women in India?

›Do you feel like the systemic problems are too much to be resolved in one generation? If not, how long?

Do you believe that the situation of women in India can be ameliorated through legislative means?