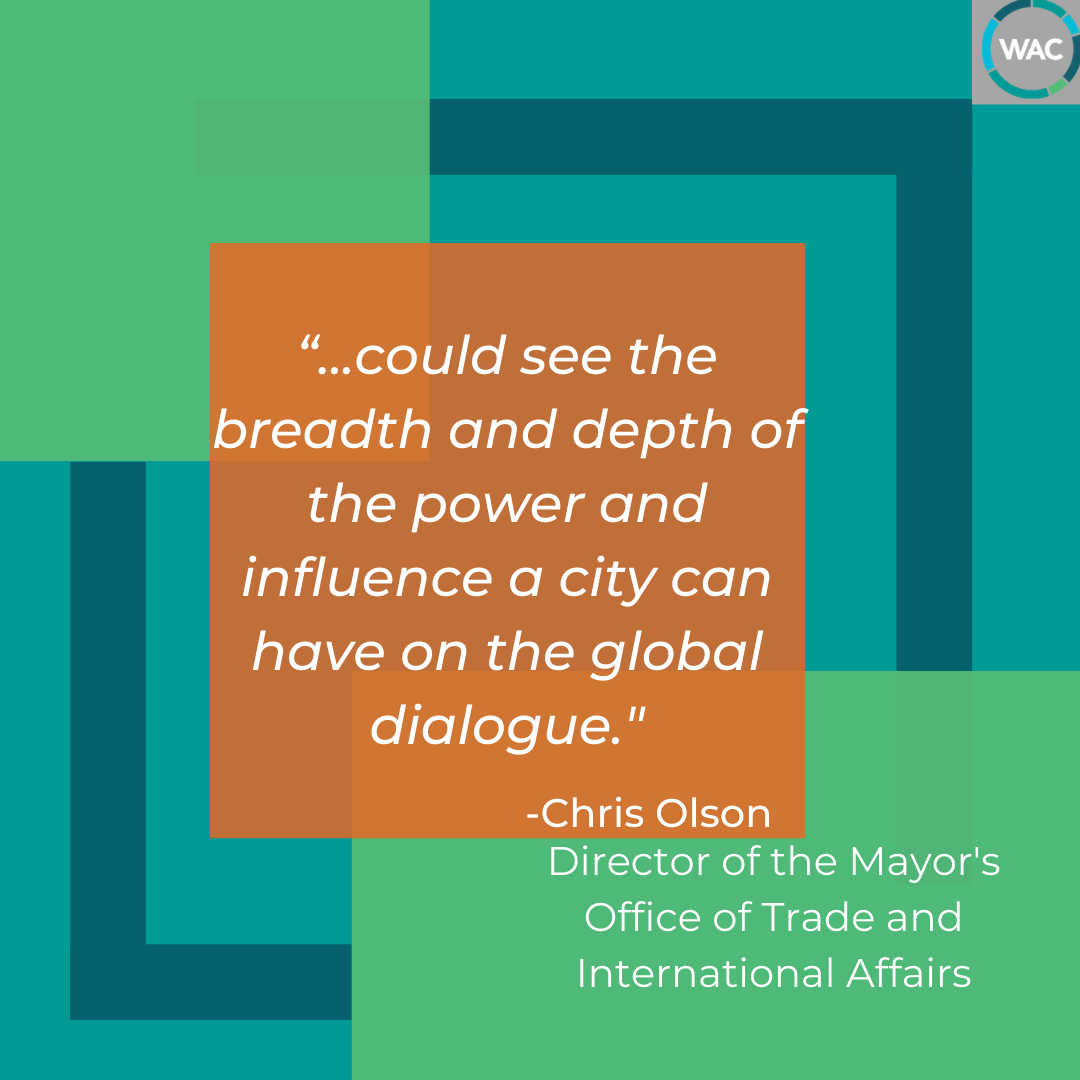 Having come from a background in national government Chris Olson is someone well versed on foreign policy and international affairs. Having a background in Middle Eastern Studies he spent quite some time traversing the North African and Middle Eastern region, so he has seen a lot when it comes to foreign governments and some who are only a fraction of the size of Houston. To watch the full video follow the link:

Flexing such size and high GDP Houston has established itself in the global market and has considerable impact amongst the global community. Chris Olson states it wasn’t until he started working for Houston that he appreciated the role he was in; He “could see the breadth and depth of the power and influence a city can have on the global dialogue. (Chris Olson)” With an individual such as Chris saying such things about a city that should really drive home just how big and important this mecca of Houston really is. Therefore, it’s imperative we continue to educate our community on foreign policy and international affairs so that others can be inspired to be involved in further development and preservation of Houston’s prestige.

Chris Olson mentions building Houston’s next generation of wealth and the types of economies needed to facilitate this dream. He outlines alternate energy or a real digital economy as a source of revenue for the city to grow upon. If I were Houston and looking to make a bold play in the alternate energy sector, I would suggest electric batteries. With Tesla already underway with its Giga-Factory near Austin, solar panels becoming increasing popular, and an apparent Texas Electric Grid issue; we should champion a prominent and well-respected, international electric battery company. This could also serve as the answer to another problem which is the harnessing of wind energy. If achieved Houston will be recognized as the saviors of the wind energy efforts across all of Texas and could even catapult the rise of an era that involves Wind energy! As for a real digital economy, it’s only a matter of time until America as a whole adopts bitcoin or some other cryptocurrency so we should get ready to invest into whatever cryptocurrency America officially decides to adopt, in anticipation of the stock value greatly increasing due to America essentially backing their agenda